Posted at 03:34h in Uncategorised by icmjadmin

The 2016 Australian National Meat Judging team have returned from a whirlwind tour of the United States of America, wide-eyed at what the future may hold for their own careers.

Each year five students from universities across Australia are selected as part of the Intercollegiate Meat Judging (ICMJ) team for a month of touring and competition across the USA. Macky Lawrence from Charles Sturt University, Olivia Swan from Murdoch University, Chloe Gould from the University of Queensland, and Gabrielle Ryan and Rachel Tulloch from the University of Sydney were selected from a field of 10 finalists in August last year to represent Australia in meat judging competitions across the US.

Headed by coaches Demelsa Lollback and Tim Ryan the team visited universities, feedlots, saleyards, industry bodies and processing facilities for a range of proteins including beef, pork, lamb and goats. This year’s tour kicked off in Texas on January 2, with visits to the San Angelo Producers Auction, the largest sheep and goat saleyard in the USA, and took them as far north as the Meat Animal Research centre in Nebraska. Gardiner Angus Ranch in Kansas was a highlight for the team where they received a glimpse into the daily life at the century-old family operation. The family runs three on-site sales a year and are planning to add a fourth in 2018. All females are artificially bred and scanned at around 55 days to sex the foetus. Any females intended to be sold can be listed as carrying a bull or heifer calf allowing potential buyers to purchase exactly what they require.

Gabrielle Ryan said the “sheer scale” of the USA production system was what she’ll remember most. “Being exposed to plants with technologies and systems to be able to process in excess of 5000 head of cattle (per day) was something we will all carry with us as we move into our careers,” she said.

Coach Demelsa Lollback said the ICMJ program and USA tour was about inspiring the next generation. “Our main goal is to attract and retain these young people in our meat and livestock industry and help train them to be our next industry leaders,” she said. “As well as being extremely talented and smart, they all have a passion for the meat industry and strong career aspirations. “ICMJ has a very strong relationship with industry in the USA, giving us a unique opportunity to provide a first-hand experience to Australian students.”

The team competed at the South West Invitational (Lubbock TX), the National Western (Colorado) and the Southwestern (Texas) meat judging competitions where they were required to assess, judge and answer extensive questions about beef, pork and lamb carcases as well as apply USA standards for quality and yield beef carcase grading.

The Australian Intercollegiate Meat Judging Association Inc (ICMJ) is a not-for-profit association driven by a goal to expose and encourage students into a career with the Australian meat industry. 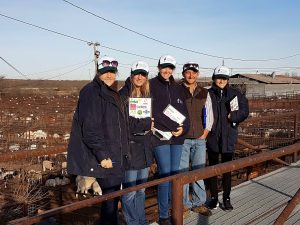 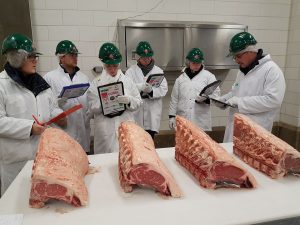 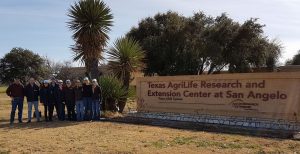 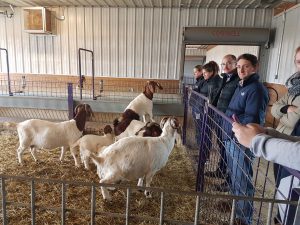 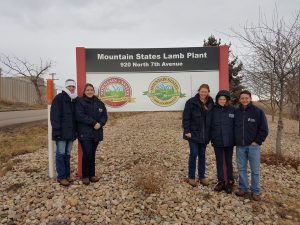 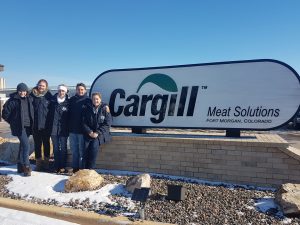