Increasing the Value of Australian Pork within the Global Market 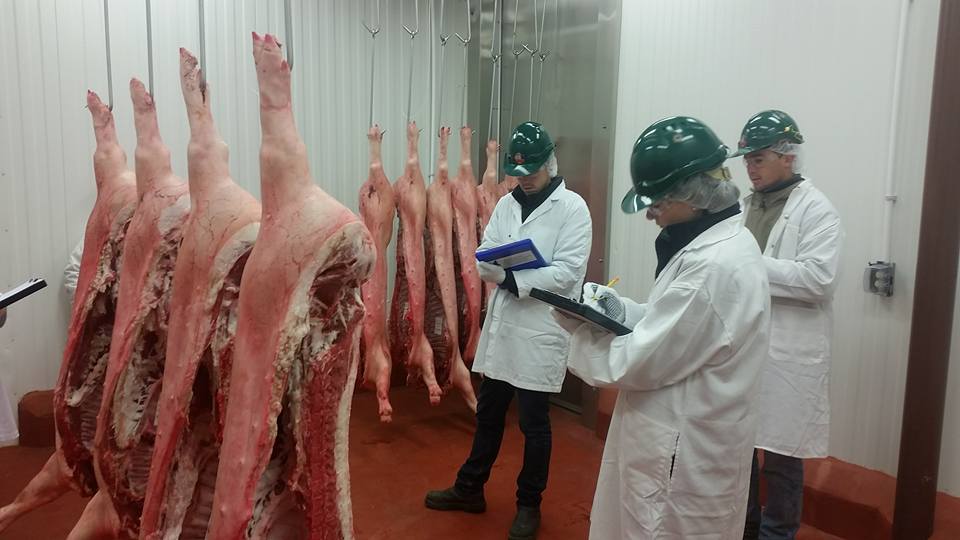 Posted at 07:37h in Uncategorised by icmjadmin

US Trip Report  by Rachel Tulloch

Pork remains the most widely consumed meat in the world (Humpf et al. 2016). Growth of middle class global incomes has increased demand for pork as a protein source internationally. Significant differences exist between the Australian and United States (US) pork industries. Dissimilarities including scale of operation, cost of production and food safety aspects affect the type of products produced and consequently, market share and access. These dissimilarities directly impact the position of the respective country within the dynamic global market. Additionally, market access and trade agreements also act as a barrier or facilitator to trade, and are partially responsible for the global market influence. Key limitations of the Australian pork industry include competition with cheaper imported frozen pork goods for manufacturing and the rising cost of domestic production, however key advantages include Australia’s disease free status and quality assurance programs.  At present, the US is the world’s largest exporter of pork based on dollar value, accounting for 15.9% of total world exports; in contrast, Australia is ranked 21st, accounting for less than 0.3% (Day, 2016). With global meat consumption expected to rise, particularly in developing countries, the pork export market provides an opportunity to increase Australia’s international market share.

Scale is a primary, and influential difference, between the US and Australian pork industries. Pork production, consumption and generated gross domestic profit (GDP) exists on a significantly larger scale in the US compared to Australia. The Australian pork industry accounts for approximately 2.13% of total Australian Farm production, spanning across 1,500 pig farmers, who accumulatively produce 4.7 million pigs per annum (Wiedemann et al. 2016). In contrast, the US pork industry is supported by more than 60,000 pig farmers, who produce over 110 million pigs per year (Day, 2016). Furthermore, the Australian pork industry employs approximately 20,000 individuals and contributes A$2.8 billion GDP to the Australian economy, whereas the US industry supports over 550,000 jobs and injects $39 billion (USD) worth of GDP into the US economy (Day, 2016; APL, 2016) . In the export realm, during the last recorded fiscal year, the US exported 23% of all domestically produced product, totaling 5.2 billion pounds (or 2.27 million tonnes), valued at $6.11 billion (USD). The Australian industry in the 2015 financial year exported only 8% of the total amount of domestically produced pork, equating to A$101.1 million. The major recipient of US product by kg is Mexico whereas the major export market for Australian produced product was Singapore (USMEF, 2015; APL, 2016). The difference in export market also reflects the types of products being exported, typically the US will export cheaper cuts of meat to Mexico for further processing whilst Australian quality pork cuts and carcasses are sent to Singapore to be used in sophisticated foodservice and retail sectors.

It is evident that the scale of production is a limiting factor in the global competitiveness of the Australian pork industry. Whilst meeting domestic demand, only a very small portion is exported. Domestically the Australian market is reliant on imported processed pork products; approximately 70% of ham and bacon products consumed in Australia are imported. In a recent consumer survey performed by Australian Pork Limited™, it was revealed that only approximately 40% of Australian consumers were aware that any ham or bacon was imported and a further 87% of Australians would prefer to purchase domestically produced pork. There is a distinct need for consumer education and product origin transparency, to ensure that consumers are able to make an informed decision. It is reasonable to hypothesise that if there was an increase in demand for locally produced pork products, then the scale of the industry would grow to accommodate the demand. However, in order to “bring home the bacon” Australia must strengthen its position within the global market and increase market access.

Cost of production is a measure of the total inputs required for production, this aspect directly impacts the marketed cost of the product produced. As a result, cost of production is a driving factor of global market presence. Recent trends in global pork prices have identified a downwards trend in the prices paid for pork on the global market. Global pork prices are exhibiting a downwards trend, whilst Australian pork prices are steadily rising (Stępień et al. 2016). A global meat pricing report produced by the UK Agriculture and Horticulture Development Board (AHBD), concluded that the international pork market finished at AUS$2.38/kg in 2015. According to the UK levy board, this was the lowest price paid for pork on the international market in eight years (Stępień et al. 2016). For Australian pork to remain competitive on the global stage it must be marketed at a level which is competitive on the international market. Whilst competing on a financial scale may be impractical at present, the Australian industry is able to increase the perceived value of domestically produced pork by producing meat which is of high quality and disease free. Strict animal ethics laws in Australia can also be viewed as a point of difference between the US and Australian industries, such as the use of gestation stalls which are now outlawed in Australia however are still permitted in the US, this may be used as an added value incentive for Australian product.

Increasing feed efficiency is likely to lower the cost of pork production in Australia. It is estimated that the cost of Australian pork ranges from $2.45 to $3.20 (AUD) per kg of carcass weight, influenced primarily by feed, labour and power or energy costs (Taylor-Pickard et al. 2009). Feed, particularly grain pricing, constitutes approximately 50-60% of all production costs; animals that are genetically more feed efficient decrease the cost of production (Lascano et al. 2014). At present, Australian pigs with a feed conversion ratio (FCR) of 3.3 kg of feed to every kg of meat produced is considered “good” however on average, in America, the feed conversion ratio is 2.7 kg of feed to every kg of meat (APL, 2012). To put this into perspective, a FCR decrease of 0.6 kg per 1 kg of pork meat produced equates to the feeding of a further 5 million pigs at no additional cost, thereby increasing production and lowering the cost of production per head. It is believed that an accumulation of genetic and environmental factors may assist in the reduction of the cost of pork production. The US are global leaders in Swine genetics, they have the capacity to produce high quality and high yielding animals more efficiently, however, Australian quarantine laws prohibit the importation of any swine genetic material. As a result, the rate of genetic gain in Australia is lower, opening trade to pig genetic material including live animals, embryos and semen, would pose a serious health threat to Australian swine.  In Australia genetically selecting animals with high FCR’s alone has proven problematic in the past, selectively breeding for high FCR has a negative correlation with intramuscular fat and produces lower quality pork. Furthermore, high FCR is negatively correlated with average daily gain and feed intake (Patterson et al. 2015). Arguably, overall health status has a larger effect on FCR of pigs with similar genetic potential, poor health including diarrhea has a negative impact on FCR. At present, Australian research has focused on the use of novel feedstuffs and selectively breeding animals with lower FCR in order to increase animal productivity, this is an area of opportunity in the future (Jordan et al. 2009).

Australia has a significant advantage on the global market in being free from many serious pathogens and diseases that affect pig production and food safety. The geographical isolation of Australia, whilst cumbersome in the process of moving products to other countries, provides it with a physical barrier to these diseases (East et al. 2014). The Porcine epidemic diarrhea virus outbreak in 2014 is a classic example of this; following an epidemic in North America, countries began placing import bans on the US. Russia, Quebec, Mexico and a number of European countries placed pork bans on Porcine epidemic diarrhea virus (PEDv) infected countries, restricting trade of pork meat and processed goods (Hernández-Jover et al. 2009). Despite the virus not being zoonotic and unable to be transferred via meat alone, the ban was still effective and resulted in a period of time where product destined for export was flooding the US domestic market, causing pork prices to fall. Disease status and strict food safety laws give Australia a competitive edge on the global market.  Australia is also free of Porcine Foot and Mouth disease (FMD) – a highly contagious viral disease of cloven  hooved animals, it poses major constraints on international trade and drastically affects animal productivity (East et al. 2014). A significant point of difference of the current Australian Pork Limited™ Strategic Plan is to increase effort in the building of international trade on a premium Australian pork model. The plan aims to target clients willing to pay a price premium for pork free from many abhorrent porcine diseases, produced with strict animal welfare guidelines, as aforementioned, and superior eating quality (Wilson et al. 2014). It is imperative to identify markets which are willing to pay a premium price for disease free pork, such as China, and subsequently gear marketing and product criteria to that particular market.

It is reasonable to conclude that Australia does not have the scale or productivity to produce and market Australian pork at a cost that is competitive on the open international market. Whilst there are efforts being made to lower the cost of production by selectively breeding animals that are able to convert feed into carcase weight more efficiently, it is unlikely that cost of production will be reduced to adequately compete on a global scale. It is advisable niche markets are targeted who are willing to pay a price premium for quality, disease free and welfare assured pork.