US Tour: The challenge of making animal welfare pay

20 Oct US Tour: The challenge of making animal welfare pay

Posted at 07:34h in Uncategorised by icmjadmin

The discrepancy between consumer expectations of animal welfare standards and the cost of expensive management systems on farm is resulting in the big end of industry implementing innovative new supplier arrangements in the United States.

Australian Intercollegiate Meat Judging (ICMJ) team member Margo Sullivan toured the US in January for a series of training events and competitions, and took the opportunity to investigate the US industry’s response to consumer expectations of improved on-farm animal welfare practices.

In her post-tour report to industry, Ms Sullivan found that the cost of implementing ‘best practice’ animal care systems was holding back producers, particularly those running small herds with limited income. “Producers emphasised they would never reduce their current levels of care to save money, however, providing extreme levels of care would require additional payment,” she said. “The most advanced technologies are costly and may require a veterinarian, which makes producers – especially small scale – reluctant to make the initial investment in change, so many feel there is a need for producers to see financial benefit in implementing best practice.

“It is often commented that a premium needs to be offered for those who meet higher standards, but it would have a similar effect to apply a discount to those who do not.” As a result of this dynamic, some US meat companies, including Tyson Foods, have implemented supplier audit system to ensure farmers meet the requirements set out by the company. “The size of the company has allowed them to push producers into implementing best practice welfare in order to maintain the ability to sell to Tyson,” Ms Sullivan’s report states.

However, this model will not apply to all producers, only those supplying Tyson Foods. In New Zealand though, higher standards of care, such as dehorning and disbudding procedures being performed using a local anaesthetic, are now mandatory under legislation, giving producers no choice but to leave the industry or change their practices. Ms Sullivan said producers not wishing to see a similar approach here in Australia, should give consideration to other benefits to their animals from adopting ‘best practice’ animal welfare strategies, which in turn would accumulate to provide a financial benefit. She said industry educational campaigns could focus on improved animal health, reduction in mortality, improved quality of product, disease resistance, reduced use of medications and lower disease incidence, which can be overlooked in assessing the financial benefits to producers of changes to animal management.

“Placing further investment into the education of producers through workshops and field days has the potential to increase the awareness of benefits while also developing skill sets of producers,” her report states. “Ultimately, the customer has the power and it’s really important for the industry to listen to what consumers are saying and be proactive in responding and continually improving our operations through adoption of the new technology that’s coming out.”

The ICMJ US tour was conducted to enthuse and educate future industry leaders. It was sponsored by Meat and Livestock Australia (MLA) and the Australian Meat Processor Corporation (AMPC), and has been undertaken by more than 130 students over 26 years. This year’s ICMJ US tour spanned four weeks, seven states, two inter-collegiate competitions and more than 50 industry experiences, exposing participants to the broad spectrum of the US red meat supply chain.

Ms Sullivan, who last year graduated with an Associate Degree in Farm Business Management from Marcus Oldham College Geelong, has returned to the family farm in Mataranka, NT, and recently purchased a mob of weaners to form the basis of her own breeding herd. “I love living and working on the land, and I particularly love working with stud stock and genetic programs, but I do hope to work elsewhere in the industry to broaden my experience,” she said.

“Participating in ICMJ events has been really helpful in that respect as I’ve been able to hear lots of people’s career stories, which I found really motivating, and it was reassuring to learn that everyone’s career progresses at different speeds and it’s not the end of the world if you haven’t been employed by a big company straight after you graduate.” 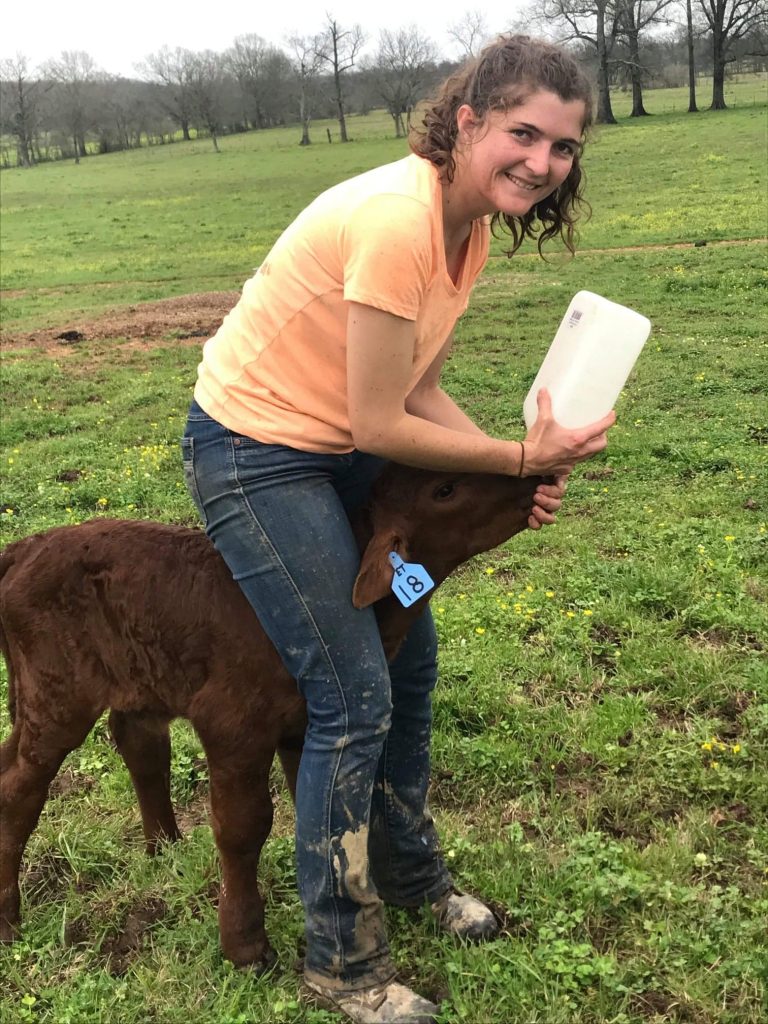