Posted at 23:32h in Uncategorised by icmjadmin

The Australian Intercollegiate Meat Judging Association (ICMJ) has released the first episode of its podcast series, ‘Chiller Room Secrets: the stories behind the Australian meat industry’s quest for perfection’.

The ICMJ is a not-for-profit association which aims to provide an opportunity for students to learn and to build the pool of intelligent young meat industry representatives, fired with enthusiasm who will give the Australian meat industry the expertise and drive to compete in the meat quality world of the future.

The podcast series aims shine a light on the interesting history and exciting opportunities of the meat industry by delving into the lives and careers of people working within the livestock and meat
processing sector. The first episode features a conversation with one of the forefathers of the meat grading and judging programs in Australia, MLA Managing Director Jason Strong.
ICMJ President Dr Peter McGilchrist says Mr Strong’s story is the perfect starting point for the series. “We wanted to kick off the podcast series with a bang and Jason’s personal story really tracks
alongside the story of the development of the broader meat grading and judgment movement,” he said. “He went on a tour of the US as a young man and decided he wanted to be a meat grader but came back to Australia he found out that system didn’t yet exist. “It shows real tenacity that instead of giving up on that dream, he worked together with others to develop Meat Standards Australia (MSA) and the Australian ICMJ program, and now here we are in 2021 with these game-changing programs in place and so much of that is thanks to Jason and his contemporaries.”

Mr Strong said he was delighted to be asked to contribute to the podcast. “ICMJ is a wonderful organisation and so I was very happy to take part. My professional life has been committed to the red meat and livestock industry and ICMJ really helped set the foundation for my career,” he said. “As an industry we must continue to be ambitious and strive to create and capture value through a unified supply chain, and programs such as MSA are a good example, last year delivering an additional $172m to the farm gate, achieving the highest ever national average MSA index with a record 3.8 million cattle MSA graded, nearly half of all cattle processed.”

The podcast is hosted by former ABC Rural Reporter Amy McCosker who now works for CQUniversity, which co-hosts the ICMJ Northern Beef Conference.

Episode one of ‘Chiller Room Secrets: the stories behind the Australian meat industry’s quest for
perfection’ is now available for free on Spotify and Apple Podcasts. 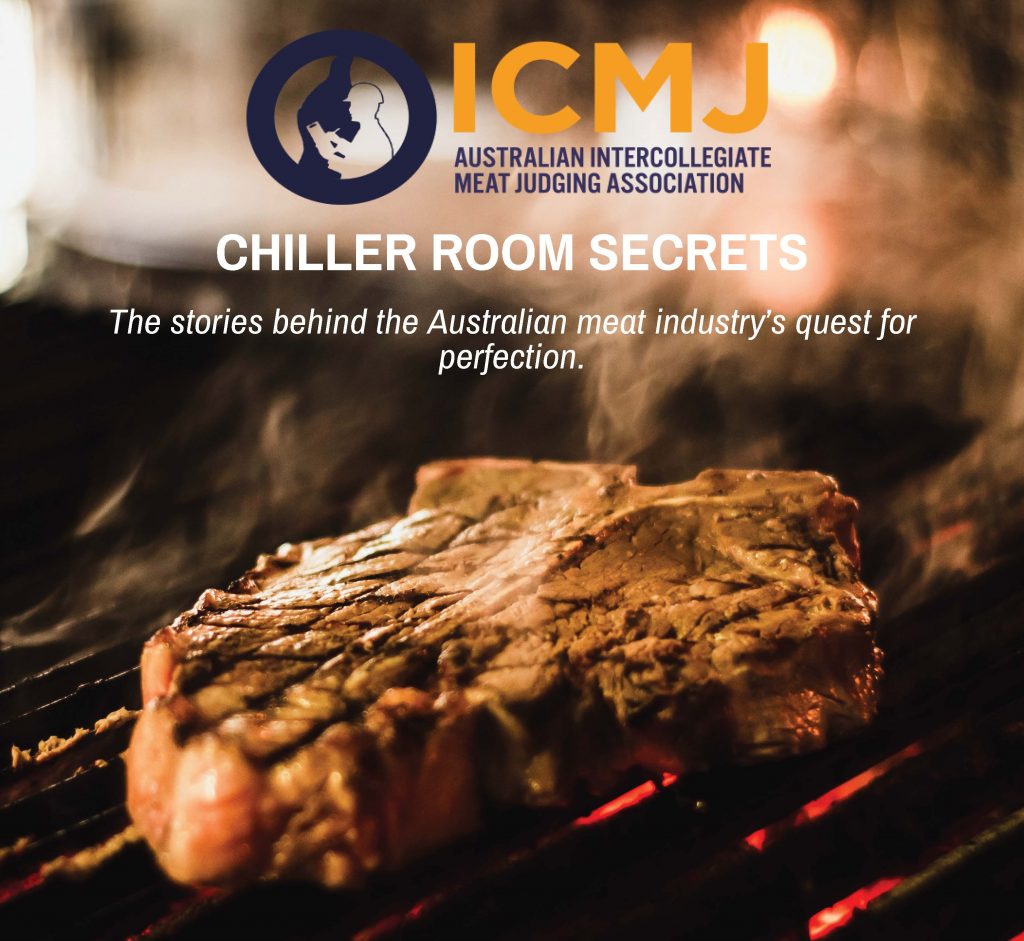